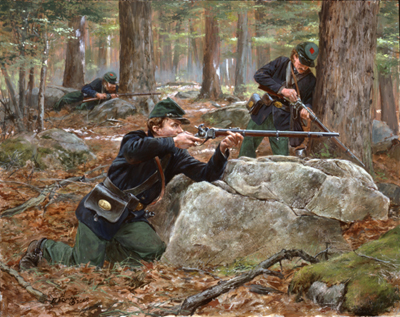 With the outbreak of the American Civil War, the northwestern state of Wisconsin raised 91,379 soldiers for the Union Army, organized into 53 infantry regiments, 4cavalry regiments, a company of Berdan’s

sharpshooters, 13 light artillery batteries and 1 unit of heavy artillery. Most of the Wisconsin troops served in the Western Theater, although several regiments served in Eastern armies, including three regiments within 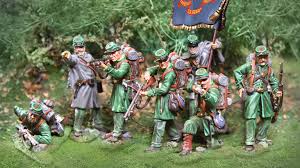 Approximately 1 in 9 residents (regardless of age, sex or qualification for service) served in the army, and, in turn, half the eligible voters served. Wisconsin was the only state to organize replacements for troops that had already been fielded, leading northern generals to prefer having some regiments from the state under their command if possible.
A number of Wisconsin regiments were distinguished, including three that served in the celebrated Iron Brigade— the 2nd Wisconsin, 6th Wisconsin, and 7th Wisconsin. All were noted for their hard fighting and dashing appearance, being among the only troops in the Army of the Potomac to wear Hardee hats and long frock coats. They suffered severely at the Battle of Gettysburg in July 1863. The 8th Wisconsin, another hard-fighting regiment, was often accompanied into battle by its mascot, Old Abe,

a bald eagle.Northeast Wisconsin saw a huge influx of immigrants from Belgium in the mid 1800s. It began in 1852 when two Belgian families decided to make the move to America. They were unhappy with the monarchy and sought what is now known as the "American dream". Belgians then flooded Brown, Door and Kewaunee counties. They settled towns named after cities in the Old Country, such as Brussels, Namur and Rosiere. These three counties still hold a significant amount of people with Belgian roots.
It was not long before the new immigrants were forced into major issue the United States was facing, the Civil War. War rosters were first filled by volunteers. When newspapers made more reports of casualties, the number of volunteers fell, forcing states like Wisconsin

to start a draft. Belgians thought they were safe because they didn't consider themselves citizens, but the government stretched definitions to fit most men. In order for immigrants to receive land, they had to sign a "Declaration of Intent" which said they intended to become American citizens at some point. This made them eligible for the draft. Each town's assessor was assigned to gather a list of men, age 18-45, healthy enough to fight. Belgian families felt they were unfairly targeted by those in charge of drafts. In Door County, 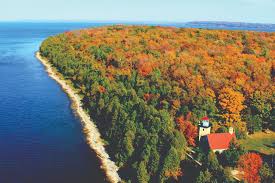 40 of the 63 men drafted were Belgian. There were options for men to skip the draft, but not many, especially Belgian men, were successful. Doctors were flooded by potential soldiers claiming disabilities, which would allow them to stay home. Among the ailments claimed, there were hernias, lameness, poor sight or hearing, varicose veins and ulcers. In September 1862, Dr. H. Pearce verified disability 246 of the 454 men that sought a way out. Of those, 21 were Belgian. Shortly after, the first Civil War draft in Wisconsin was in November 1862. Finances surely came into play when it came to paying out of the draft as of 1863. Those who were desperate and able would pay $300 to get out of the war. A total of 862 men paid this, with a mere 18 of them being Belgian. The last option was for the draftee to find a substitute. This came into effect in 1864. It was difficult to find someone willing to go to war, but a substitute could have been a full-blooded Native American, a minor, or a non-citizen.
Riots
After it seemed to many Belgian people that the draft was fixed, emotions began to run high. One of the biggest issues was the language barrier. Few Belgian immigrants spoke English, therefore could not understand why they were being drafted into a war they had no intent of being a part of. Anger soon overcame these men. They would form marches with clubs, pitchforks and guns. They wanted to see fair enrollment processes. In one of the most explosive demonstrations, colonists formed and marched into the city of Green Bay. They stood outside Senator Howe's home and demanded action. How addressed the crowd from his home. But because of the language barrier, the immigrants could not understand, Howe felt threatened and fled the city. Not feeling satisfied, the mob continued to march around the town until they found a fellow Belgian, O.J. Brice. Brice was able to calm the crowd in their native French. He explained that the drafting process would be filled with justice and fairness. The group was satisfied with his explanation in their own language. They then dissembled and returned home without damage or arrestsWhile men were fighting, women were often forced to learn how to farm and do other manual labor. Besides having to tend to the home and children while the men were away at war, women also contributed supplies. Quilts and blankets were often given to soldiers. Some had encouraging messages sewn on them. One quilt that was made in 1864 by a group of women in Green Bay had the following poem:For the gay and happy soldier
Posted by gee at 10:15