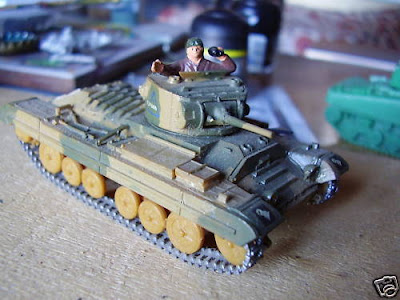 Hasegawa Valentine
Posted by gee at 04:57 No comments: 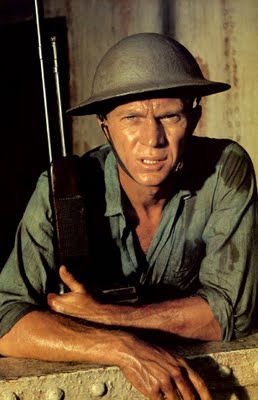 Email ThisBlogThis!Share to TwitterShare to FacebookShare to Pinterest
Labels: china

According to the tradition, the frazione of Governolo was the seat of the meeting between Pope Leo I and Attila in 452. Also in Governolo the condottiero Giovanni dalle Bande Nere was shot by a cannonball in 1526, later dying out of the wounds received.Giovanni was born in the Northern Italian town of Forlì

one of the most famous women of the Italian Renaissance. From an early age, he demonstrated great interest and ability in physical activity, especially the martial arts of the age: horse riding, sword-fighting, etc. He committed his first murder at the age of 12, and was twice banished from the city of Florence for his unruly

behavior, including involvement in the rape of a sixteen-year-old boy, Giovanni being about thirteen at the time.He had a son,Cosimo

stripes to his insignia, whence comes his nickname, Giovanni dalle Bande Nere (or Giovanni of the 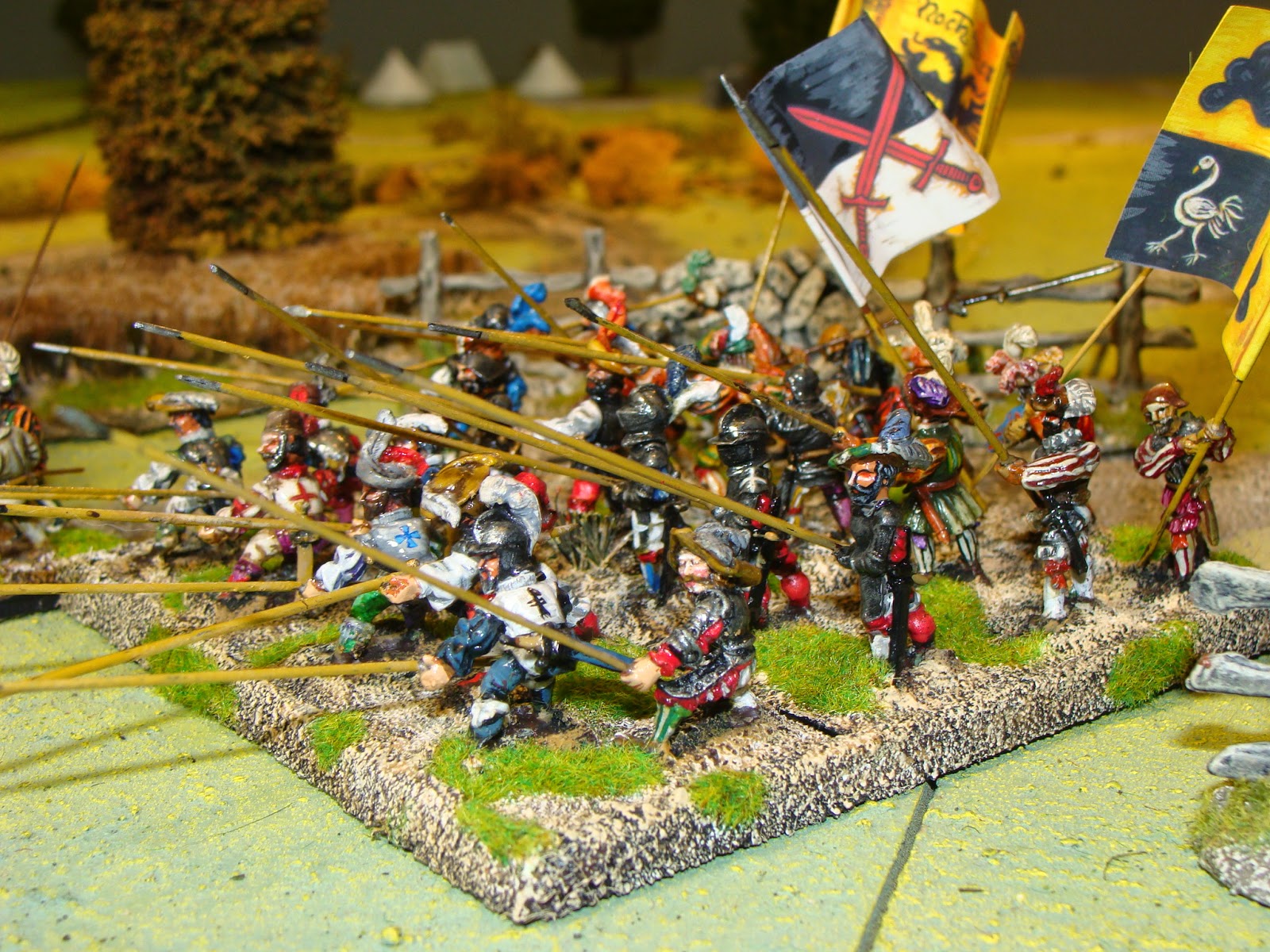 Black Bands). In August 1523 he was hired by the Imperial army, and in January 1524 he defeated the French and the Swiss at Caprino Bergamasco. In the same year another Medici, Giulio di Giuliano, became Pope, and took the name of Clement VII. The new Pope paid all of Giovanni's debt, but in exchange ordered him to switch to the French side of 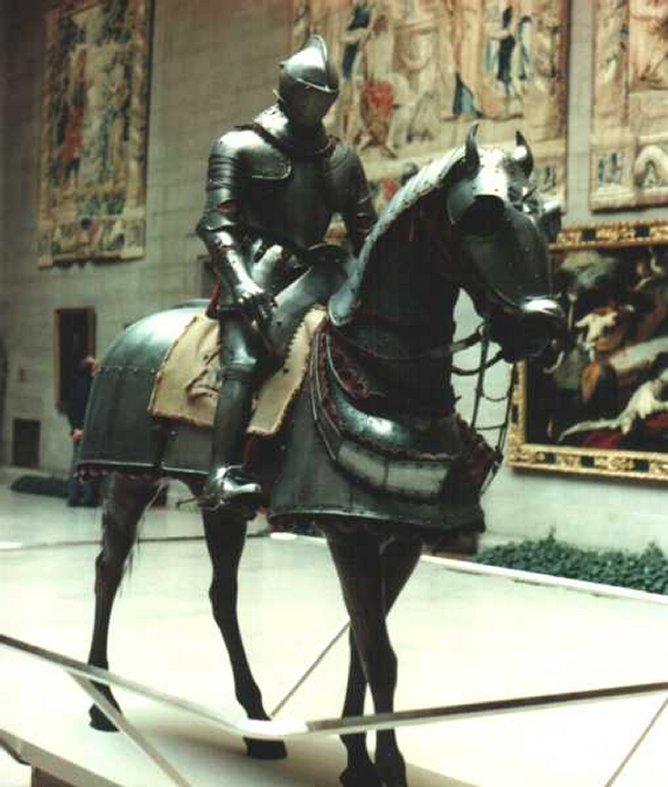 the ongoing conflict. He did not take part in the battle of Pavia, but was soon severely wounded in a skirmish and later had to move toVenice to recuperate from his wounds.Giovanni became

a condottiero, or mercenary military captain, in the employ of Pope Leo X(Giovanni di Lorenzo de' Medici) and on March 5, 1516 led the war against Francesco Maria I della Rovere, Duke of Urbino. He

thenceforth formed a company of his own, mounted on light horses and specializing in fast but devastating skirmishing tactics and ambushes. In 1520 he defeated several rebel barons in the Marche. The following year Leo X allied with Emperor Charles V against King Francis I of France

to regain Milan, Parma and Piacenza; Giovanni was called in under the command of Prospero Colonna, defeating the French at Vaprio d'Adda in November.

In 1526 the War of the League of Cognac broke out.

The League's captain general, Francesco Maria I della Rovere, abandoned Milan in the face of the rearguard at the confluence of the Mincio with the Po River.

in a battle near Governolo

.According to a contemporary account by Luigi Guicciardini, the ball shattered his right leg above the knee and he had to be carried to San Nicolò Po, near Bagnolo 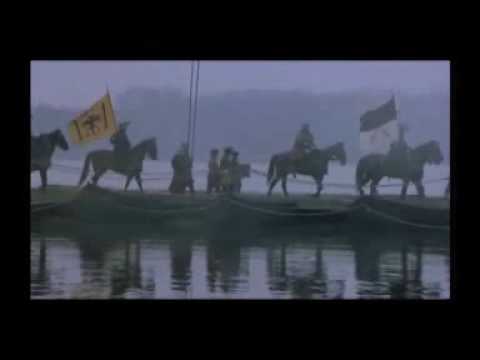 San Vito, where no doctor could be found. He was taken to Aloisio Gonzaga's palace, marquis of Castel Goffredo, in Mantua, where the surgeon Abramo,

who had cared for him two years earlier, amputated his leg. To perform the operation Abramo asked for 10 men to hold down the stricken condottiero.

Pietro Aretino, eyewitness to the event, recalled in a letter to Francesco Albizi:

'Not even twenty' Giovanni said smiling 'could hold me', and he took a candle in his hand, so that he could make light onto himself, I ran away, and shutting my ears I heard only two voices, and then calling, and when I reached him he told me: 'I am healed', and turning all around he greatly rejoiced. 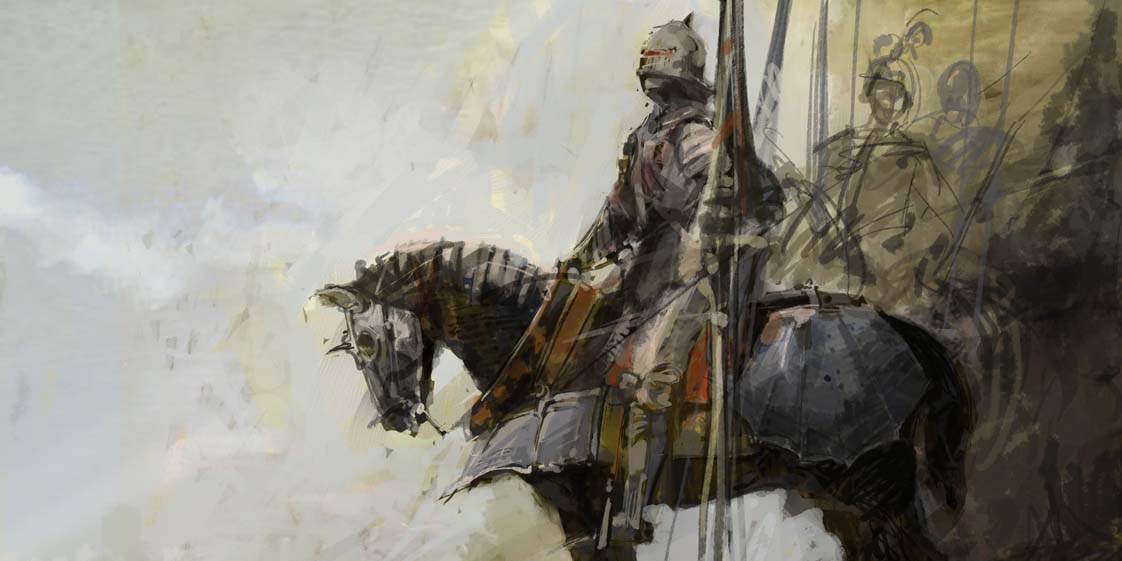 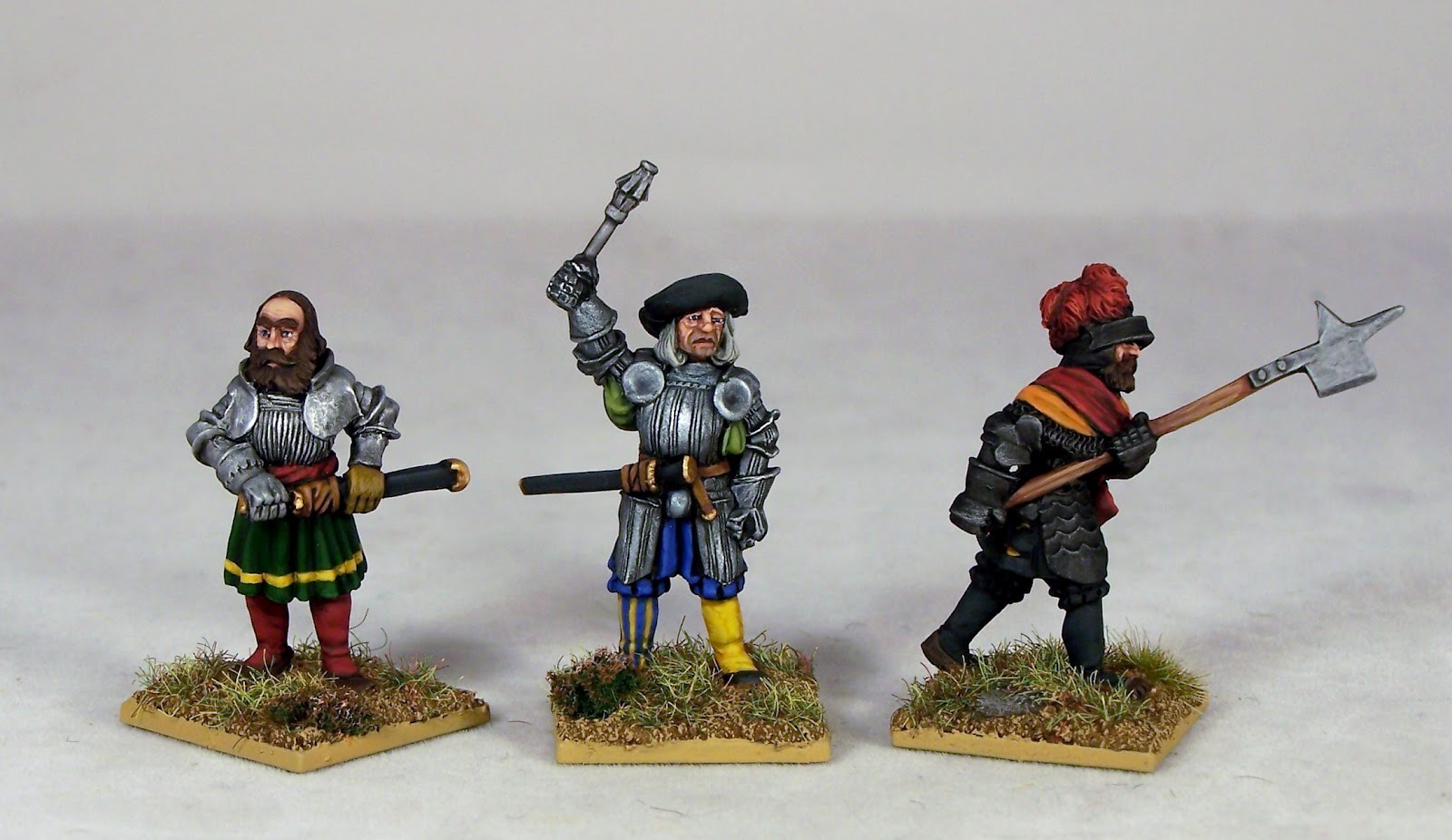 Giovanni's body was exhumed in 2012 along with that of his wife to preserve the remains, which were damaged in the 1966 flood of the Arno river, and to ascertain the cause of his death. Preliminary investigation revealed that his leg was amputated below the knee. No damage was found to the thigh, where the shot supposedly hit. The tibia and fibula, the bones of the lower leg, were found sawed off from the amputation. There was no damage to the femur. 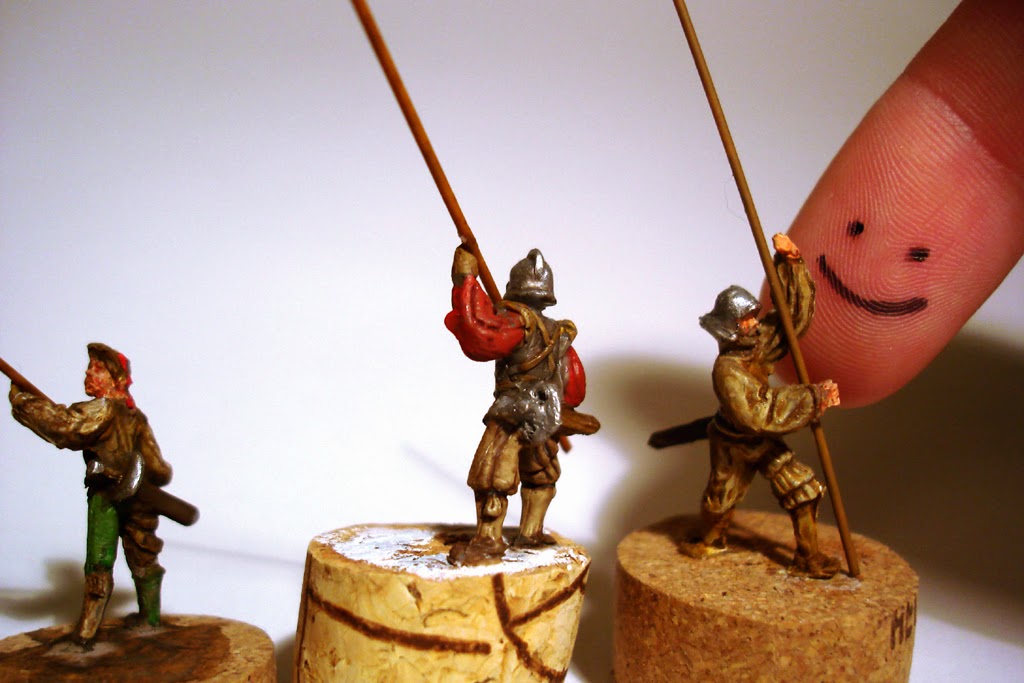 It is now thought that de' Medici may have died of gangrene.

Giovanni's premature death metaphorically signaled the end of the age of the condottieri, as their mode of fighting (which emphasized armored knights on horseback) was rendered practically obsolete 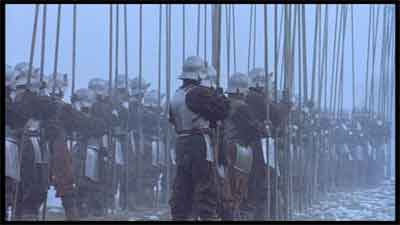 by the introduction of the mobile field cannon. He is therefore known as the last of the great Italian condottieri. His lasting reputation has been kept alive in part thanks to Pietro Aretino, 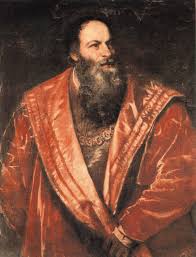 the Renaissance author, satirist, playwright and "scourge of the princes", who was Giovanni's close friend and accompanied him on some of his exploits. 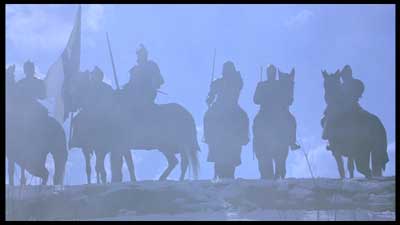 The 33rd Waffen Grenadier Division of the SS Charlemagne (1st French) and Charlemagne Regiment are collective names used for units of French volunteers in the Wehrmacht and later Waffen-SS during World War II. From estimates of 7,400 to 11,000 at its peak in 1944,[2] the strength of the division fell to just sixty men in May 1945.

They were one of the last German units to see action in a pitched battle during World War II, where they held central Berlin and the Führerbunker against the onslaught of Soviet infantry. Knowing that they would not survive should Germany be defeated, they were among the last to surrender in the brutal house-to-house and street-to-street fighting, during the final days of the Battle in Berlin. 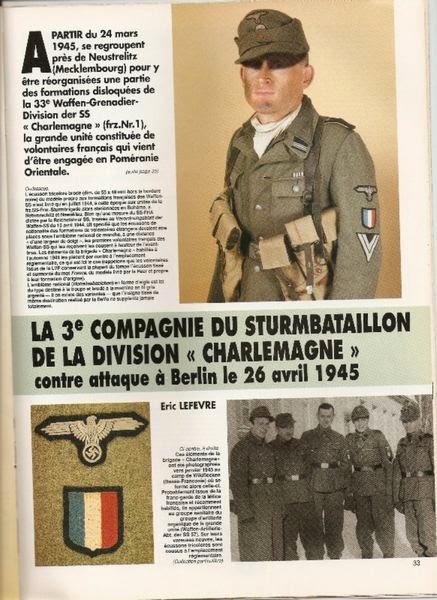 Its crest is a representation of the dual empire of Charlemagne, which united the Franks in what would become France and Germany. The Imperial eagle on the left-side represents GermanyThe Charlemagne division was formed in 1944, combining troops serving in other French units of the German armed forces, as well as from the paramilitary Franc-Garde of the Milice. BELOW AIRFIX CONVERSIONS

Soldiers of the Légion des Volontaires Français, when still part of the WehrmachtLVF[edit]The original French unit in the German army was the Legion of French Volunteers Against Bolshevism

The LVF was mainly made up of right-wing Frenchmen and French prisoners of war who preferred fighting to forced labor in Germany. The LVF 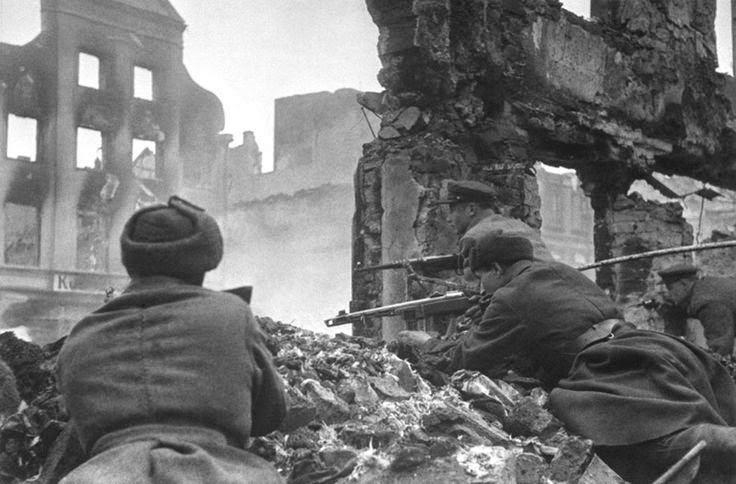 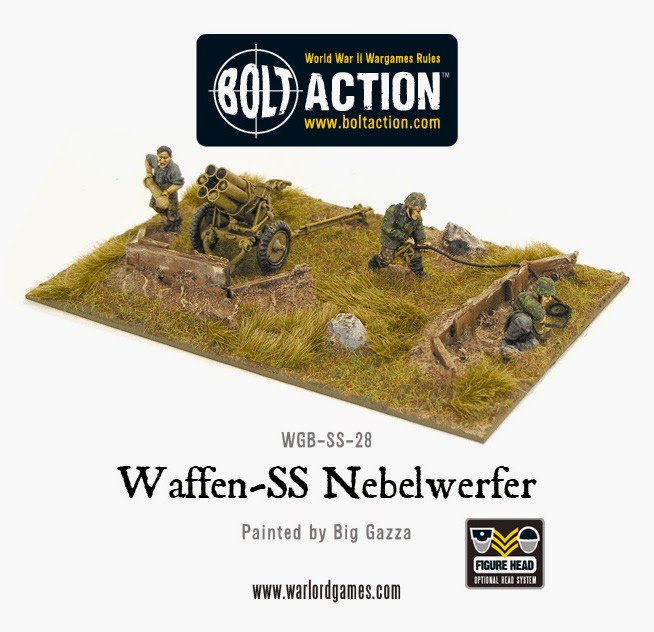 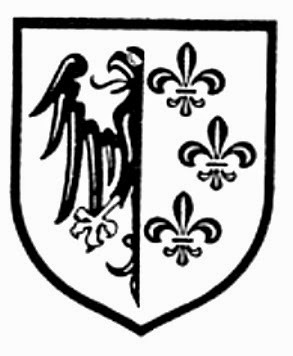 fought near Moscow in November 1941 as part of the 7th Infantry Division. In 1942 the men were assigned to anti-partisan duties in the Byelorussian SSR (Belarus). At the same time, another unit was formed in France, La Légion Tricolore (Tricolor Regiment) but this unit was absorbed into the LVF six months later.below WARRIOR

The LVF's French commander, Colonel Roger Labonne, was relieved in mid-1942, and the unit was attached to various German divisions until June 1943 when Colonel Edgar Puaud took command. The LVF fought well on the Ukraine front against the Soviets. In June 1944, hours before the LVF's planned departure to France, it was called into action when Army Group Centre's front crumpled under the Red Army's summer offensive. On 25 June, at the Bobr River, elements of the LVF under Major Bridoux fought for 48 hours against a Soviet assault. Attached to the 4th SS-Police Division and supported by Stukas and five Tiger I tanks, they checked a number of attacks in what is generally regarded as the LVF's most successful operation. Forty or more Soviet tanks were destroyed in front of the French position. Testimony to the ability of the LVF came from a Soviet communique which spoke of their forces being stopped by the sacrifice of "two French divisions"

The 1st battalion, of about 1,000 men, was attached to SS Division Horst Wessel and sent to Galicia to fight the Soviet advance. In fierce fighting the battalion suffered heavy casualties.

Charlemagne[edit]In September 1944, a new unit, the Waffen-Grenadier-Brigade der SS "Charlemagne" (französische Nr.1), also known as the Französische Brigade der SS was formed out of the remnants of the LVF and French Sturmbrigade, both of which were disbanded. Joining them were French collaborators fleeing the Allied advance in the west, as well as Frenchmen from the German Navy, the National Socialist Motor Corps (NSKK), the Organisation Todt, a construction unit and the Vichy French Milice. Some sources[which?] claim that the unit also included volunteers from some French colonies and Switzerland. SS-Brigadeführer Gustav Krukenberg The two main infantry regiments were Waffen-Grenadier Regiment der SS 57 and 58. Veterans of the Sturmbrigade were the nucleus of Regiment 57 and the LVF formed the core of Regiment 58. The LVF also manned the artillery battalion, the headquarters company and the engineer company. The reaction of the LVF to their transfer into the SS was mixed. 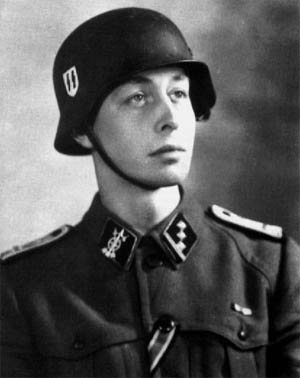 received assurance from Reichsführer-SS Heinrich Himmler that his men would not be sent to the western front, where they might have to fight fellow Frenchmen. He was also told that they would fight under the French flag and continue to have Catholic military chaplains. Himmler promised that France would regain its sovereignty after Germany's victory.

In February 1945, the unit was officially upgraded to a division and renamed 33. Waffen-Grenadier-Division der SS "Charlemagne". However, this division was severely undermanned with only 7,340 men. The Charlemagne Division was sent to fight the Red Army in Poland, but on 25 February it was attacked while deploying from the railhead at Hammerstein (present day Czarne) in Pomerania,

by troops of the Soviet 1st Belorussian Front. Opposing the Frenchmen were four Red Army infantry divisions and two tank brigades. The lightly armed French troops had not re-equipped prior to their departure, and they had no radios and few maps. The only bright spot for the Frenchmen was that they managed to stop the tanks with Panzerfausts (a type of one man anti-tank weapon).

On the night of 3 March, the Charlemagne survivors were sent to defend the nearby town of Körlin with orders to "hold at all costs". At noon the next day, a strong Red Army force hit Körlin from the southwest. The French fought back desperately and were able to hold their positions throughout the day. The Division was ordered to immediately withdraw to the west, to avoid being trapped, and was broken into three battlegroups (Kampfgruppen). Only the battlegroup commanded by Krukenberg survived, as they retreated to the Baltic coast, and were evacuated by sea to Denmark and later sent to Neustrelitz for refitting. Around 4,800 men had been lost, including SS-Oberführer Puaud.