THE BATTLE OF MAGENTA IN 25mm plastic 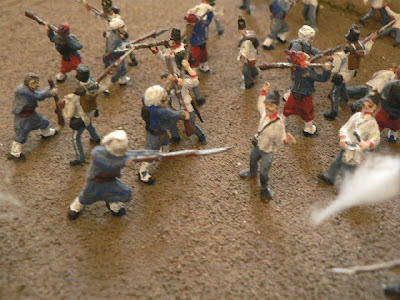 THE BATTLE OF MAGENTA WAS THE POINT WHERE THE FRENCH ARMY BROKE THE BACK OF THEAUSTRIAN ARMY IN 1859.AFTER THIS IT WAS DOWNHILL ALL THE WAY FOR THE AUSTRIANS 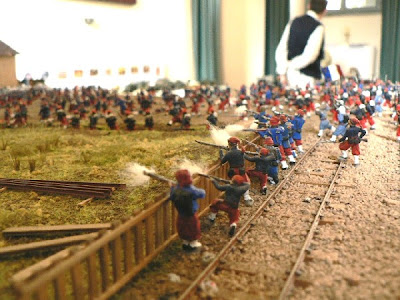 >THE BATTLE WAS FOUGHT ALL OVER THE CITY.HERE IS THE ACTION NEAR THE RAILWAY 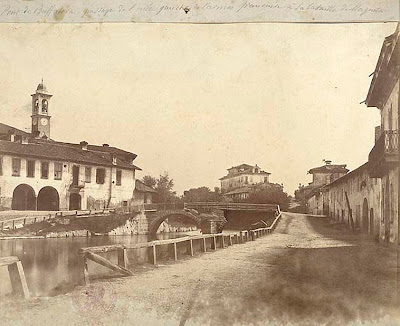 THE BRIDGE THAT WAS FIERCELY CONTENDED 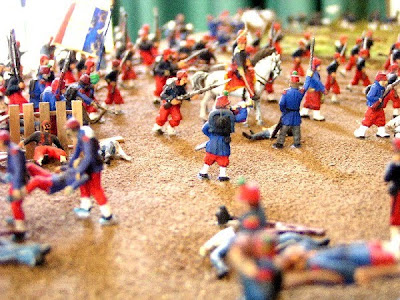 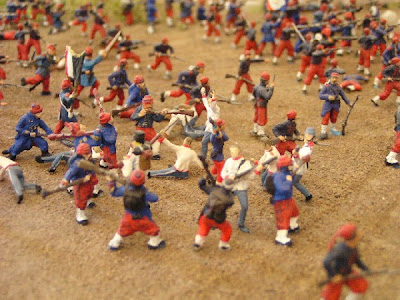 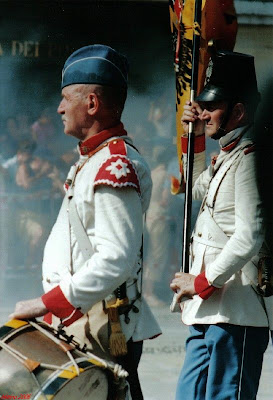 CROAT Troops at Magenta. They fought a personal vendetta against the Muslim troops of the French.No prisoners taken and you were bayoneted where you fell. 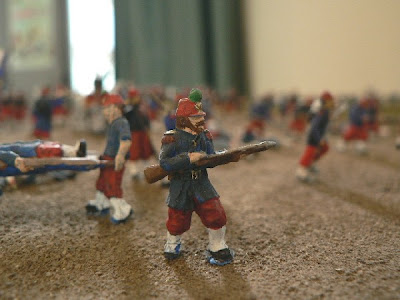 THis diorama was done by the Magenta wargamers association 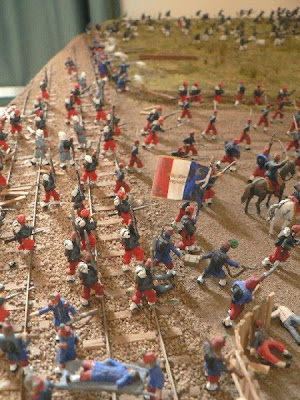 The Legion attacks. The culminating moment of defeat for the Austrians 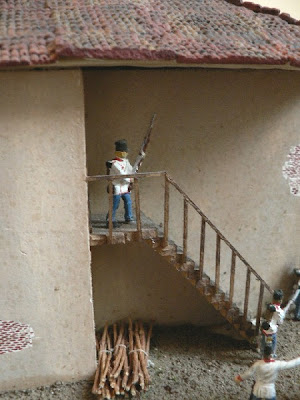 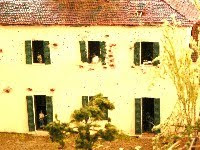 If you go to Milan ,Magenta is very near