Email ThisBlogThis!Share to TwitterShare to FacebookShare to Pinterest
Labels: medieval

Email ThisBlogThis!Share to TwitterShare to FacebookShare to Pinterest
Labels: willie

Entering service in 1930, the Hawker Hart was possibly the most versatile aircraft of the 'Inter war' period.  Designed by Sydney Camm as a two-seat day bomber, it spawned a family of variants that included a fighter, seaplane, reconnaissance aircraft, dive bomber and trainer.

K2986 was part of a batch of Harts delivered to 600 Squadron in January 1935, pending the arrival of Hawker Demons. They were distinguished by the squadron's colourful red and white markings worn on the upper wing and fuselage sides. By 1937 the conversion to Demons was complete and K2986 was shipped as SR-4 to the Southern Rhodesian Air Force for use in the advanced training and army-co-operation role. surprisingly, it was faster than

the newest British fighter (the famous Bristol Bulldog) which led to a fighter version of the Hart and sped development of a new British fighter! Most started being replaced in 1937-38 and were no longer in front-line use by 1940. Over 1,000 Harts were built, including 42 under license in Sweden. The saw service in several countries, including India, Australia, Estonia and Egypt.
The Hart had a crew of two, pilot (who fires the Vickers MG and drops the bombs) and an observer (who fires the Lewis LMG). The Hart uses 19.75 gallons of aviation gas per hour at routine usage. Subassemblies: Light Fighter chassis +3, Light Fighter Wings with Biplane option +2, three fixed wheels +0. P&P: 395-kW HP aerial gasoline engine with 395-kW old prop and 117-gallon standard fuel tanks [Body]; 2,000-kW batteries. Occ: 2 XCS Cargo: 5 Body The Swedish author Mikael Forslund has written a book in English about the voluntary Swedish unit F 19, which took part in the Finnish-Soviet Winter War of 1939-40. This is a most welcome addition to the literature about the air war between Finland and Soviet Union in 1939-45 and this is the first time a Swedish author uses information from the Soviet side as well. The book is written in Mikael’s usual style with many images and individual profiles of all combat aircraft used by the unit.Harts remained in service with the 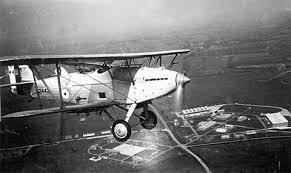 RAF on the North-West Frontier in India until displaced by Bristol Blenheims in 1939. Some Royal Navy Ospreys were used for target towing and training until 1940, but so far as is known the last in operational service was a Hart used by the South African Air Force well into World War II. Most extensively built between-wars British military aircraft, a total of 952 had been constructed when production ended in 1937, with Armstrong Whitworth, Gloster and Vickers acting as sub-contractors.

Hawker records also refer to a civil-registered Hart, first flown on 15 September 1932 and known as the Hart II. This was powered in succession by a Kestrel IIS, Kestrel VI and Kestrel XVI, with the latter having an all-up weight of 2,109kg. It was used for demonstrations at air displays and for taking air-to-air photographs of Hawker aircraft, accumulating 627 flying hours in these roles from August 1933.
Posted by gee at 09:13 No comments:

Email ThisBlogThis!Share to TwitterShare to FacebookShare to Pinterest
Labels: airforce

Email ThisBlogThis!Share to TwitterShare to FacebookShare to Pinterest
Labels: civilians

beyond willie ,the best miniatures

the figures above are by empress but they vary in artistic posture and craftsmanship. the new zealand british and americans are superb but the others look ok and not at the level of the two nominated. they are 6 pounds for four , that said they are all great for the  wargamer
Posted by gee at 00:47 No comments: 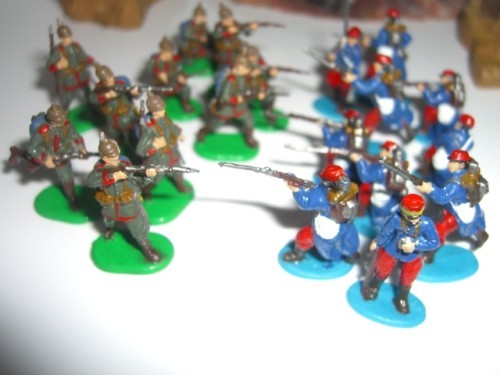