Stalingrad on the Volga was of great strategic and ideological significance. The battles for this important industrial area began in the summer of 1942 with an onslaught by about 250,000 German soldiers. In November, when the city had been almost completely taken, incurring heavy losses, the Red Army succeeded in kettling the German Army in a large encirclement of the city. The Soviet units retook large parts of the kettle and then the house by house battle began in the ruined city. Finally, on 02.02.1943, the northern part of the kettle capitulated. They had already started taking prisoners in the southern part on 31.01.1943. The annihilation of the German 6th Army in Stalingrad is regarded as the turning point of the war. On the German side the Pz.Kpfw. III was used in large numbers. From 1940 this vehicle formed the backbone of the German tank units. With its long 50 mm L/60 cannon it could combat a T-34 head on from a distance of 500 m. The Soviet T-34 started as an armoured vehicle with a well-balanced combination of artillery, armour and mobility. With its 76.2 mm L/41 cannon it could combat a Panzer III tank from a distance of 1,000 m.

The P-26A "Peashooter" was the last aircraft in the USAAC to have an open cockpit and a fixed undercarriage. Up to 1938 it was the fastest American fighter. It was already outdated when it entered service in 1934 and was decommissioned in 1941.

Email ThisBlogThis!Share to TwitterShare to FacebookShare to Pinterest
Labels: REVELL 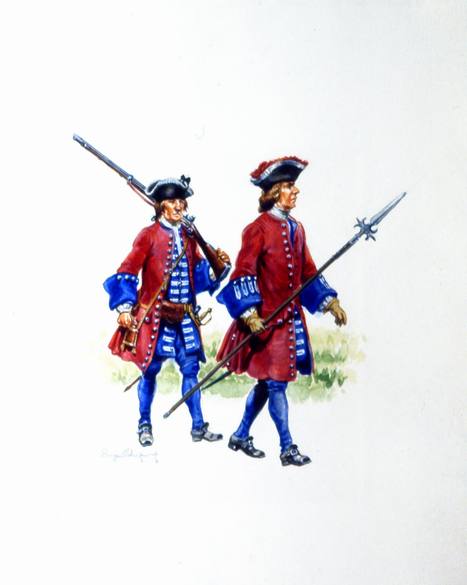 The Siege of Turin was undertaken by the Duke of Orléans

between May and September 1706 against the Savoyard city of Turin during the War of the Spanish Succession.

Unable to break down Turin's defences or obtain the city's surrender, the French army was attacked September 7 by an Imperial relief column under Prince Eugene of Savoy

and the Duke of Savoy and routed at the Battle of the Stura.

The siege of Turin was broken and the withdrawal of French forces from northern Italy began. Coupled with its twin disaster in Flanders—the destruction of a French army at theBattle of Ramillies— At the outbreak of the conflict, Victor Amadeus, backed by his cousin Eugene, generalissimo of the Imperial troops, had taken the risk to side 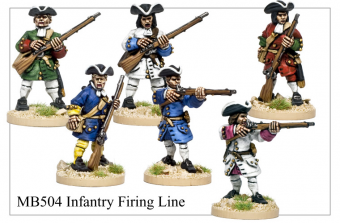 with Austria's Habsburgs since they were the sole power in Europe that could grant his state a total independence after a final victory. However, in case of defeat, Piedmont and Savoy would be wiped off the European maps. 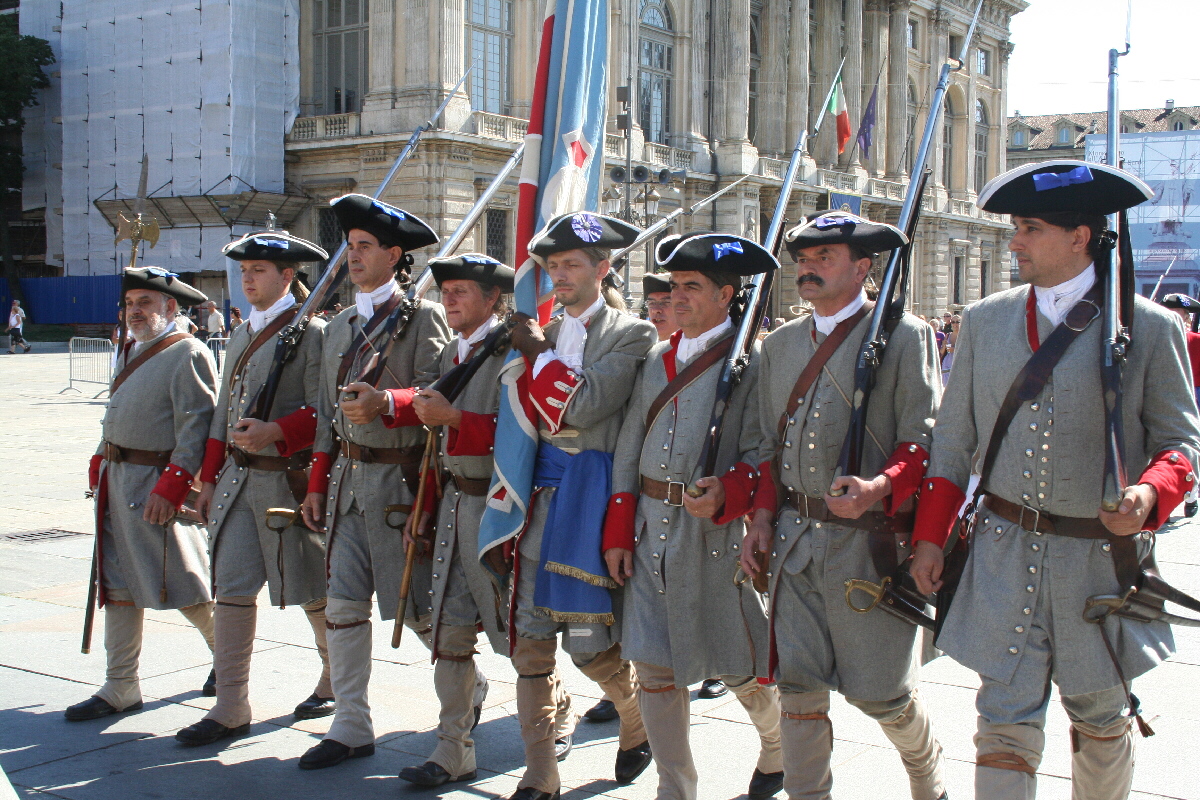 King Louis XIV of France, allied with Spain, replied by invading first Savoy and then Piedmont itself. As the Spanish armies occupied Lombardy, Piedmont found itself surrounded from every side. Attacked by three armies, the Savoyards lost Susa 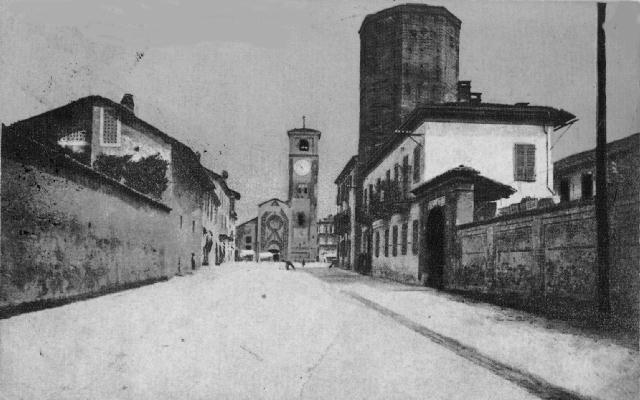 and Nice (1704). The last stronghold was the Citadel of Turin, a fortification built in the mid-16th century.

In August 1705 the French-Spanish armies were ready to attack, but De la Feuillade deemed his troops insufficient and waited for reinforcements. This choice turned out to be wrong, as it allowed the Piedmontese to fortify the city up to the neighbouring hills and to prepare for a long siege.In May, the Franco-Spanish army approached Turin with more than 40,000 men. Sébastien de Vauban,

Marshal of France and expert of siege techniques, volunteered for the campaign but was dismissed due to his age. Vauban persisted in counselling the French command, proposing a side assault to the city and pointing out that the wide net of countermine galleries set by the defenders would present a tenacious obstacle to any other operation. But La Feuillade had different ideas and, dismissing Vauban's counsel, ordered his 48 military engineers to draw up plans for the excavation of a long series of trenches. Old Vauban vocally condemned La Feuillade's methods from Paris, publicly offering to have his throat cut if the French succeeded in taking Turin on La Feuillade's chosen point of attack.Digging began May 14, although La Feuillade's lines never fully surrounded Turin. The siege began in June and was pursued for three months against dogged resistance. The besieged, supported by the active participation of the population to the battle, offered a strenuous defence, inflicting heavy losses on the attackers.the box below could easily be painted up for turin 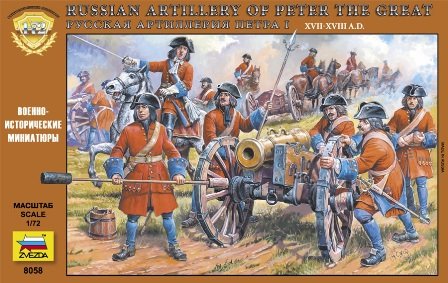 Fighting continued during the whole summer of 1706On June 17 Victor Amadeus left Turin to meet Eugene, who was marching from the Trentino with the Austrian troops under 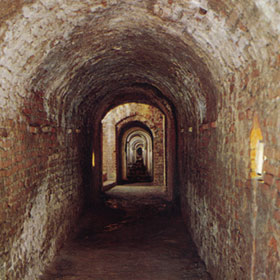 his command. The heroic deeds of the defenders, including the famous sacrifice of Pietro Micca

who had himself explode in a gallery together with a French party in order to save the citadel, seemed however in vain at this point, with the city totally surrounded and heavily shelled, and the French lines nearing the first bastions of the citadel. 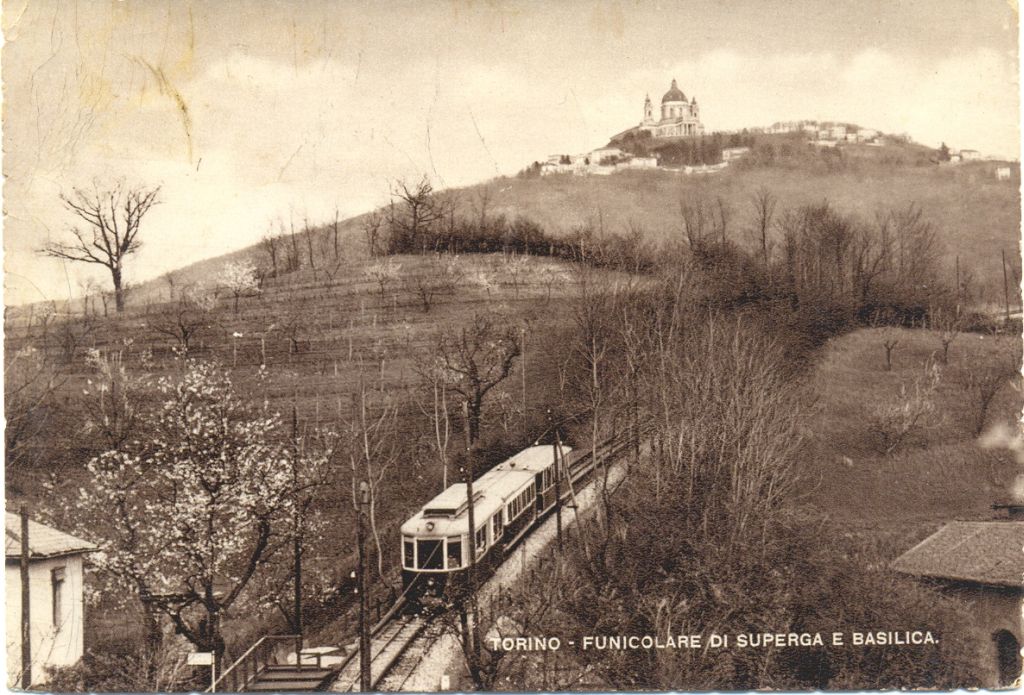 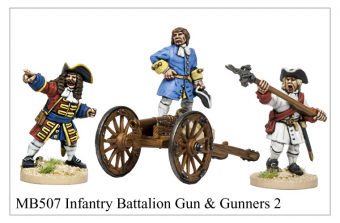 On September 2 the two Savoyards analyzed the tactical situation from the hill of Superga, which commands Turin and the neighbouring area.

While the defenders pushed back the last attack fuelled only by desperation, they decided to outflank the besiegers with the bulk of the Austrian army, including part of the cavalry,

in the north-western part of the city, which was deemed the most vulnerable part of the Allied front. The manoeuvre succeeded and the Austrians managed to set up camp between the (above foundry)

These men are already half defeated.

The final clash began at 10 AM on September 7 with an attack against the entire front of the besiegers. The Prussian infantry led by prince Leopold von Anhalt Dessau, after three failed attacks, was able to break the French right. The regiment La Marine ran out of ammunition and was no longer able to stop the Prussian infantry. Two attempts to relieve the pocket formed in this way were driven back and the Allied army began to collapse the French position. When Daun ordered the city's garrison to break out against the left wing of the French-Spanish army, it started to break up, with hundreds of soldiers drowning in the Dora Riparia in an extreme attempt to save their lives. The advance of the Allied army towards Pinerolo

started in the early afternoon of the same day. The Duke of Marlborough wrote of the relief of Turin: It is impossible to express the joy it has given me; for I not only esteem, but I really love that Prince [Eugene]. This glorious action must bring France so low, that if our friends could but be persuaded to carry on the war with vigour one year longer, we cannot fail, with the blessing of God, to have such a peace as will give us quiet for all our days.

Victor Amadeus and Eugene entered the liberated city and assisted a Te Deum issued to celebrate the victory. On the Superga Hill the Savoyard dynasty built a Basilica where, every September 7, a Te Deum is still held.

To the east, a French victory over a Hessian corps at Castiglione was not enough to regain initiative or to check the allied advance, and the French retreat from Turin effectively left the allies free to invade southern France. After the failed Siege of Toulon

in the following year, no relevant military event took place on the Italian front until the peace of Utrecht.

2006 was the third centenary of the siege and the battle of Turin. Three important study congresses and up to forty books were published on this occasion. One of them, Le Aquile e i Gigli. Una storia mai scritta, is particularly important, since it gives for the first time a realistic account of the military operation, eliminating the traditional, but unreliable, account of those events. In particular it points out how the firepower of the Prussian infantry and the shortcomings of the French logistics were the major causes of the defeat of the French-Spanish alliance. 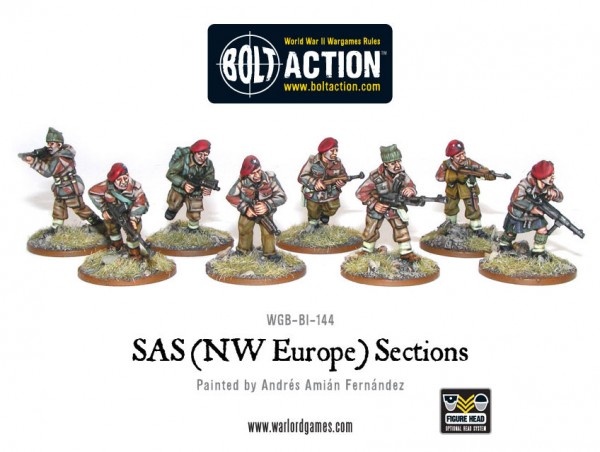 fokker of richthoven just out corgi

Email ThisBlogThis!Share to TwitterShare to FacebookShare to Pinterest
Labels: ww1 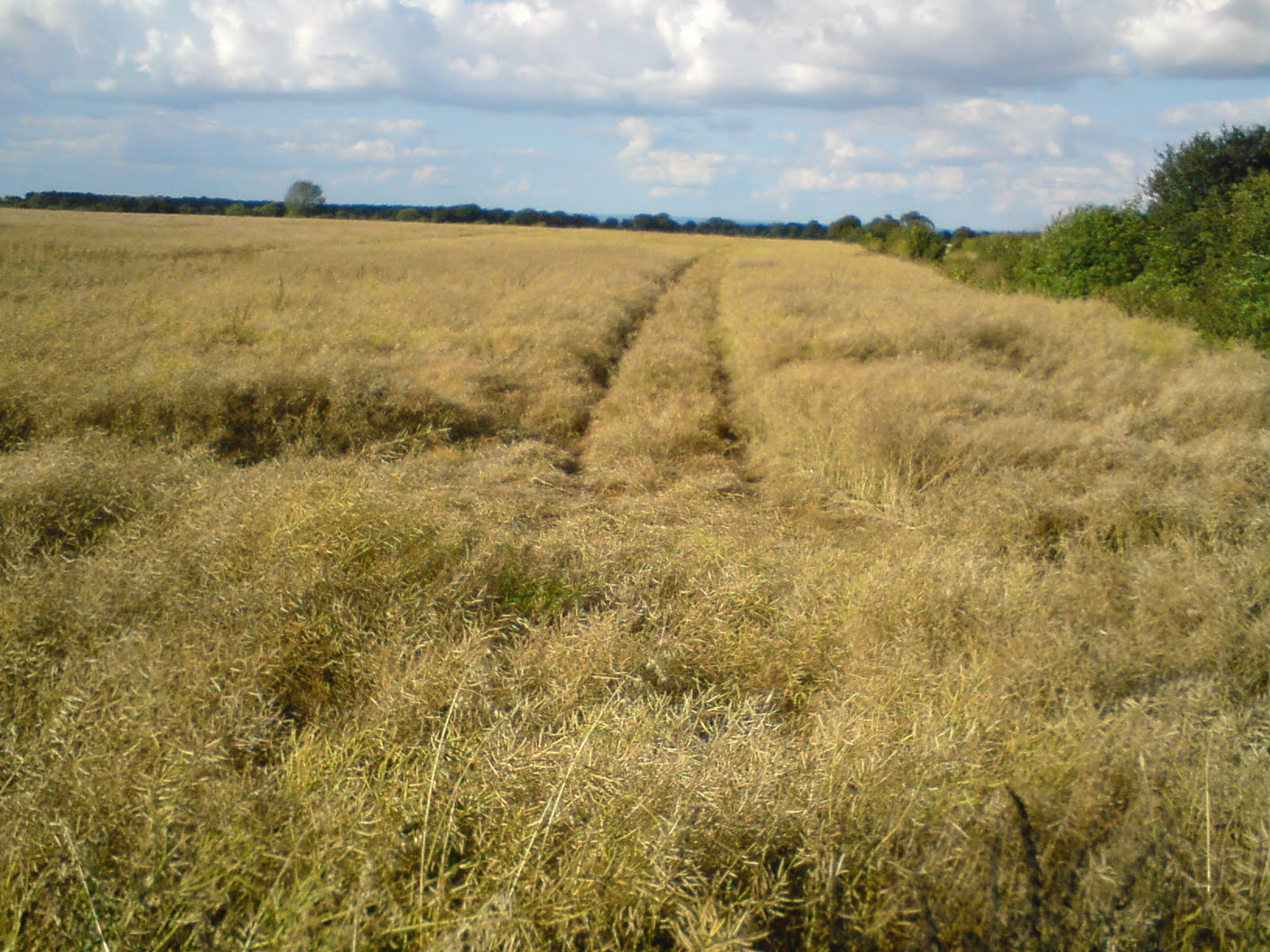 and the English Parliamentarians under Lord FairfaxThe Covenanters were a Scottish Presbyterian movement that played an important part in the history of Scotland, and to a lesser extent that of England and Ireland,

house by tmt
during the 17th century. Presbyterian denominations tracing their history to the Covenanters and often incorporating the name continue the ideas and traditions in Scotland and internationally.
marston moor shot from the brilliant ecw blog Ubique
They derive their name from the Scots term covenant for a band or legal document. There were two important covenants in Scottish history, the National Covenant and the Solemn League and Covenant. 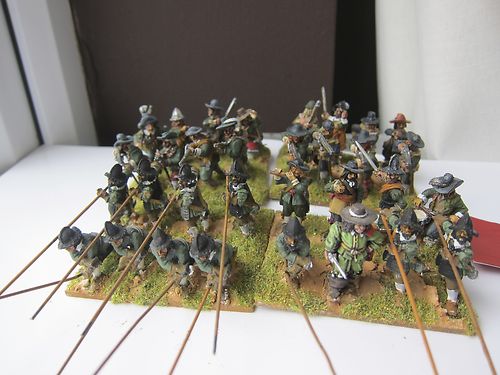 of the Rhine and the Marquess of Newcastle During the summer of 1644, the Covenanters and Parliamentarians had been besieging York, which was defended by the Marquess of Newcastle.

Prince Rupert had gathered an army which marched through the northwest of England to relieve the city, gathering fresh recruits on the way. The convergence of these forces made the ensuing battle the largest of the Civil Wars.
On 1 July, Rupert outmanoeuvred the Scots and Parliamentarians to relieve the city. The next day, he sought battle with them even though he was outnumbered. He was dissuaded from attacking immediately and during 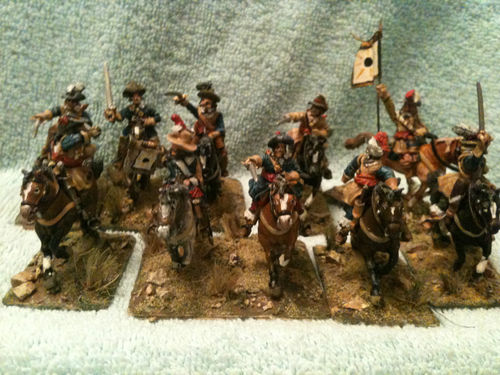 the day both sides gathered their full strength on Marston Moor, an expanse of wild meadow west of York . Towards evening, the Scots and Parliamentarians themselves launched a surprise attack. After a confused fight lasting two hours, Parliamentarian cavalry under Oliver Cromwell routed the Royalist cavalry from the field and annihilated the remaining Royalist infantry.

The black bull at otley drank dry the night before the battle by roundheads
After their defeat the Royalists effectively abandoned the north of England. They lost much of the manpower from the Northern Counties of England which were strongly Royalist in sympathy, and access to the continent of Europe through the ports on the North Sea coast.

Although they partially retrieved their fortunes with victories later in the year in the south of England, the loss of the North was to prove a fatal handicap the next year, when they tried unsuccessfully to link up with the Scottish Royalists under Montrose.