The last days of the S.S Mohnke's command post was under the Reich Chancellery in the bunkers therein. He formed 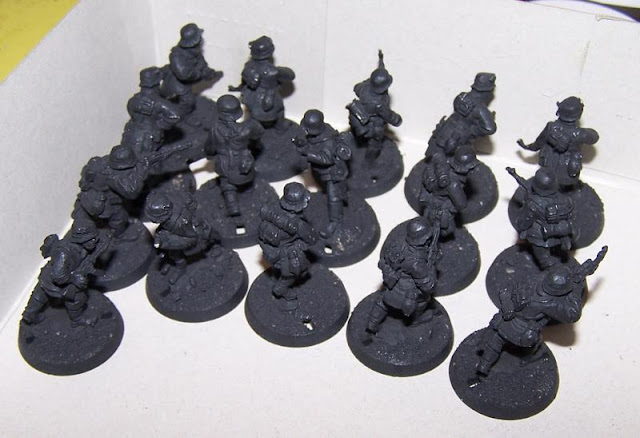 Kampfgruppe Mohnke (Battle Group Mohnke) which was divided into two weak regiments made up of approximately 2,000 men. The core group of his fighting men were the 800 of the Leibstandarte (LSSAH) Guard Battalion (assigned to guard the fuhrer). 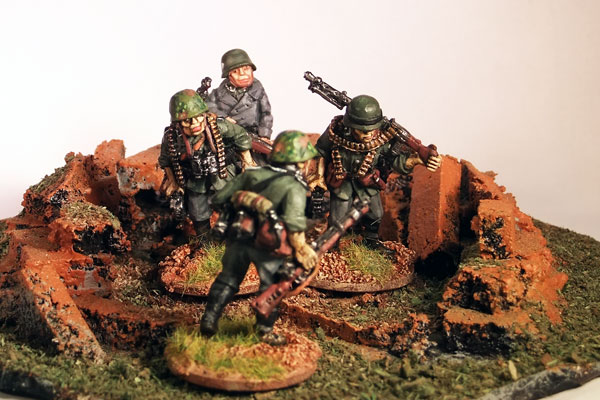 After Hitler's suicide, they received orders to break out. Prior to the breakout, Mohnke briefed all commanders (who could be reached) within the Zitadelle sector about the events as to Hitler's death and the planned breakout.

The breakout started at 2300 hours on 1 May. It was a "fateful moment" for Brigadeführer Mohnke as he made his way out of the Reich Chancellery. He had been the first duty officer of the LSSAH at the building and now was leaving as the last

battle commander there. He led the first of ten main groups and attempted to head northwest towards Mecklenburg.Several very small groups managed to reach the Americans at the Elbe's west bank, but most including Mohnke's group could not make it through the Soviet rings. Many were taken prisoner and some committed suicide. On 2 May hostilities officially ended by order of Helmuth Weidling, Commandant of the Berlin Defense Area.
After Vienna was captured, the bulk of the division surrendered to U.S. forces in the Steyr

area on 8 May 1945. The demarcation line between the Soviets and U.S. troops was Enns.

Therefore, the roads to Enns were jammed with civilians and soldiers as they hurried to get to the west before 0100 hours on 9 May when the bridges over the river would be blocked. For the men of the LSSAH who made it west, they were marched off to different Prisoner of War camps. Most of the men went to the Ebensee camps for captivity
Posted by gee at 12:55