Sihasapa ('black feet', so called because they wore black moccasins). A small division of the Teton Sioux. The name, like the names of some other Teton tribes, does not appear to have come into notice until a recent date, no mention being made of it by Lewis and Clark, Long, or earlier authorities. Catlin in his Letters and Notes, written during his stay among the northwestern Indians (1832-39), mentions the Blackfoot Sioux. In a note to De Smet's Letters (1843) they were estimated to number 1,500. Culbertson (Smithson. Rep. 1850, 141, 1851) estimated the tribe at 450 lodges, an exaggeration, and mentions five bands or subtribes, but does not locate them. It was not until Gen. Warren and Dr. Hayden visited their country that definite information in regard to them was obtained. The former (1856) makes the following brief notes: "Sihasapas Blackfeet. Haunts and homes same as the Unkpapas; number, 165 lodges. These two bands have very little respect for the power of the whites. . Many of the depredations along the Platte are committed by the Unkpapas and Sihasapas, whose homes are farther from it than those of any other of the Titonwans." Hayden (1862) says that they, the Hunkpapa and Sans Arcs, "occupy nearly the same district, and are so often encamped near each other, and otherwise so connected in their operations, as scarcely to admit of being treated of separately. That part of the country under their control lies along the Moreau, Cannonball, Heart, and Grand. rivers., seldom extending very high up on Grand river, but of late years reaching to the Little Missouri [in North Dakota]. Although the bands just mentioned are often stationed near each other, they are sometimes found several days' journey apart, and each is headed by its own chief." His estimate is 220 lodges. Subsequently the Sihasapa were gathered partly at Cheyenne River reservation, South Dakota, and partly at Standing Rock reservation, North Dakota.
The number on the former in 1878 was 224, and on the latter 590, a total of 814. They are no longer separately reported. J. O. Dorsey mentions the following bands: It is hard to say how many years ago the Dakota Indians of the Northern Mississippi River began to spill over the Missouri in search of game, and became hostile toward the other tribes claiming the western country. Dakota was their traditional tribal name, but as they crossed this Northwestern Rubicon they became known by the name the Chippewas had given them years ago: 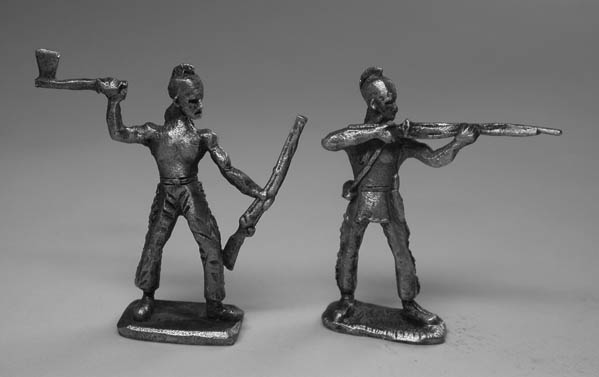 "Sioux". It was by that  moniker they became known as the most numerous and powerful nation of Native Americans -- warriors, women, and children -- to be found in the Northern Hemisphere. They were proud warriors when they launchedout on their expedition of conquest west of the Missouri. The Yellowstone river belonged to the Crows; the grassy prairie of Nebraska was the home of the Pawnees; the Black Hills were stomping grounds of the Cheyennes and Arrapahoes; the western side of the Big Horn range and the broad valleys between them and the Rocky Mountains were controlled by the Snakes; while roving parties of Crees rode down along the north shore of the Missouri river itself.

With the Chippewas behind them, and with the white settlers and soldiers in front, the Sioux waged relentless war. They drove the Pawnees across the Platte all the way to Kansas; they pushed both the Cheyennes and Arrapahoes out of the Black Hills, and down to the head waters of the Kaw and the Arkansas rivers; they fought the Snakes back into the Wind River Valley, with demands never to cross the boundary of the Big Horn River; and they sent the Crows running up the Yellowstone valley.When the Civil War broke out in 1861 the Sioux aided the rebels considerably by raiding Northern settlements in Minnesota, massacring hundreds of women and children, families which had encroached on Sioux lands. General Sully was sent to punish them for these attacks.  He marched far into their territory, and would fight them wherever he could find them, but it did no real good. The attempts to keep the Sioux in check during the Civil War did consume precious military resources. When the Civil War ended, and settlers began to move west, further encroaching into Sioux territory, they found the Sioux more aggressive than ever. The army was called on to protect these pioneers, and to escort the surveyors and railroad workers. In the years between 1866 and 1876, the cavalry had no rest; they fought year round; and during those ten years of "peace" more army officers were killed  in combat with the American Indians than the British army lost in the entire Crimean war. The Indians had always been brave and skilled warriors, but in 1874 and 1875 the Sioux succeeded in arming themselves with modern rifles, becoming a foe more dreaded than any European cavalry. This combination of modern arms, incredible bravery, and superb horsemanship created a formidable fighting force.
Treaties were made and broken with the Sioux. A road had been built through the heart of the Big Horn and Yellowstone. Wooden forts were built, and manned by small groups of cavalry and infantry. From Ft. Laramie on the Platte up to the  Gallatin Valley only those little forts: Reno, Phil Kearny, and C. F. Smith, guarded the way. Naturally the Sioux were concerned about these settlements on their lands. One day vast hordes of Sioux gathered in the ravines around Fort Phil Kearny.
Red Cloud was the fearless Sioux leader. He sent a small raiding party to attack the wood cutters from the fort, who were working with only minimal military protection. Two companies of infantry and one of cavalry went out to the rescue. They were quickly surrounded and then massacred. After that the Sioux had undisputed dominion over their territory for ten years. The US government's forts were burned and abandoned. The allies of the Sioux joined with them, and a powerful nation of nearly 60,000 people ruled the country from the Big Horn River to the Union Pacific Railway. The Sioux would not go south of the Union Pacific Railroad.
Taking Cheyennes and Arrapahoes, who they had intermarried with, the Sioux went back to the North Platte and the territory beyond. From there they routinely raided in all directions. Attempts were made by the Government to bribe them, but with no lasting success. The U.S. established Indian Agencies and reservations at convenient points. Here the old men, the sick, and the women and children made their homes. Here the young warriors, laughing at the White Man, filled up their bags with ammunition and supplies. They then went on the war path, attacking any white settlers they could find.  They would return to the reservation when they needed more supplies.
Two large reservations were created southeast of the Black Hills in the White River Valley. Red Cloud, the hero of the attack at Phil Kearny, made his home here. Many of his chiefs also gathered here: some "good", like Old-Man-Afraid-of-his-Horses and his worthy son, but most of them crafty and combative, like Red Dog, Little-Big-Man, and American Horse. Further downstream, some twenty miles away, were the headquarters of the Brules. Their chief, Old Spot, was loyal to the U.S., but he had no control over the actions of the  young warriors. Other reservations there were along the Missouri, and the Interior Department wanted to gather all of the Sioux Nation into these reservations, in order to help keep them out of trouble, or so it was thought.
Posted by gee at 05:16